Star-cast: Jyotika, Rahman, Abirami, Delhi Ganesh and many others

Women centric films were found in plethora during the times of K Balachandar, where the female protagonists were highly adored. Off the late, the spotlights turned towards the heroes and with ‘Mass Heroism’. Roshan Andrews forays into Tamil industry with his remake of Malayalam movie ‘How old are you’ titled as ’36 Vayadhinile’. Suriya is producing the film under the banner of 2D Entertainment with Santosh Narayanan composing music.

There is so much of fun and drama involved in the song as it delineates the characterisation of Jyotika in both real and reel life. It looks like she plays a jovial innocuous house wife in this film and will be making a special mark in the film. Vivek has written lyrics in a simple manner and Santosh delivers the song as a singer and music director efficiently.

The song now shifts to a different mood of fervently inspiring the women at every home. It would be surely the anthem of many ladies who are stuck by situations unable to achieve their dreams. Kalpana Raghavendar renders the song in a surpassing manner with a colossal touch. The instrumental works during the interludes are exquisitely done.

This is yet another song that is more inspiring for the women. While the previous one is about the character itself singing, this one is like someone encouraging the character to go ahead and achieve the goals breaking the barriers. Lalitha Vijaykumar, a music teacher by profession has rendered it with perfect timing and her style of vocalisation stands out to be more convincing and appealing throughout the song.

Following these three songs, there are five tracks that include President, Kannadi, Vidya Thedi, Kanavugal Sumandhu and Kaneer Mozhi, which are expected to be one of the background score appearing at the appropriate situations.

36 Vayadhinile album conveys the most intriguing emotional aspects from a woman’s perspective. It is beautifully delivered by Santosh Narayanan. Thanks to the lyric writer Vivek and the singers who have completed the song with more perfection. 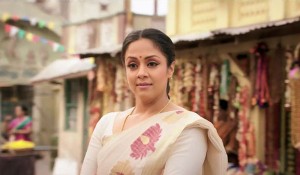 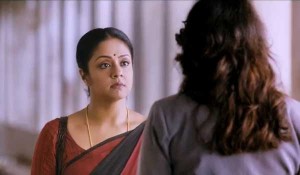