Sometimes, the basic concept of a film would be phenomenally great, somewhere going by the panache of Avant-Garde filmmakers. There are times, when we view a similar film alike from France or Italy, extending our appreciations for a satirical take. The film is based on a compelling theme – THINK BEFORE YOU ACT. It’s often so relevant to our everyday lives and this fictional comedy based on four policemen in a peaceful village is based on this very concept.

Porpandhal has been a peaceful village, where the land is blessed with innocent and good-hearted people .You miss a thick gold chain, you comeback after two days and get it back. That’s the spirit of this village, where you drop the money after buying goods from a shop as token of faith. Arulnidhi, Singampuli, Naduvula Konjam Pakkatha Kaanom fame Bhagavathi Perumal and Rajkumar are the four policemen leading a happy life. They play games, watch cricket and shut down the police station by 5 p.m. and Sundays are strictly holidays.

Since there hasn’t been a single police case registered in the time of more than decades, their lives are shook by a sudden order from higher officials on their transfer to the state’s most violent district of Ramanathapuram. Apparently, these policemen hatch some plans of turning the innocuous land into a corrupt place so that their position would be retained here.

But less they did expect some shocking convulsions that are yet to strike the town.

As said above, the film holds some prominence for filmmaker Sri Krishna coming up with some innovative theme. He deserves commendable credits for crafting an interesting plot with light-hearted moments. But the basic problem rises with the fallible writing. Hit the bull’s eyes or at least manage to keep the audiences engrossed should be the primary motto of this film, but it fails to deliver the assets. The first half is laced with so much of loose ends with nothing much to carry. When we start expecting there could be something substantial in the post-intermission sequences, yet again, the scenario remains the same. The basic problem with the film is the confusion of balancing humour with seriousness.

Arulnidhi has to be too choosy with the scripts and roles he wants to take up. He had made a wonderful phase with ‘Mouna Guru’ and he needs to pay more attention towards it. This is a very much underplayed role that doesn’t shoot up his career graph. Singam Puli is seen over-reacting during most of the sequences. Both the actors Raj Kumar and Bhagavathi Perumal together streaked up a hilarious riot in Naduvula Konjam Pakkatha Kaanom, but they remain dumb and silent throughout the film. Ramya Nambeesan doesn’t get a meaty role though she performs at her best.

Technically, it’s a film with mediocre that lacks strong elements in both music and cinematography.

Overall, if the makers had kept the film intact with good flow of screenplay and engaging elements, NPNO would have been a great time pass film. 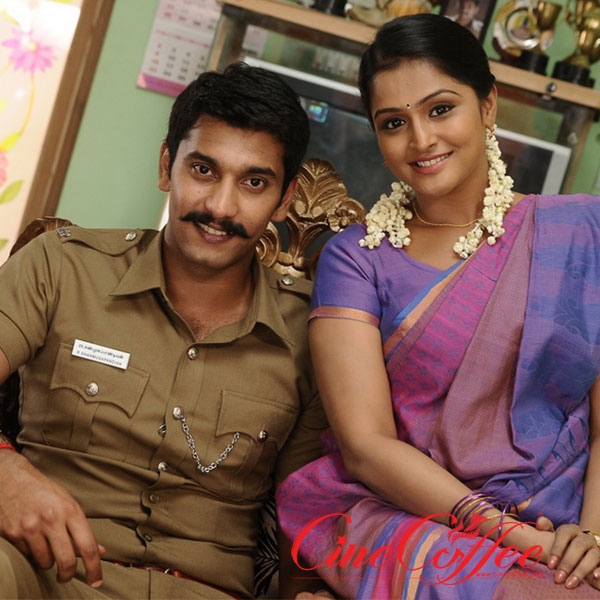