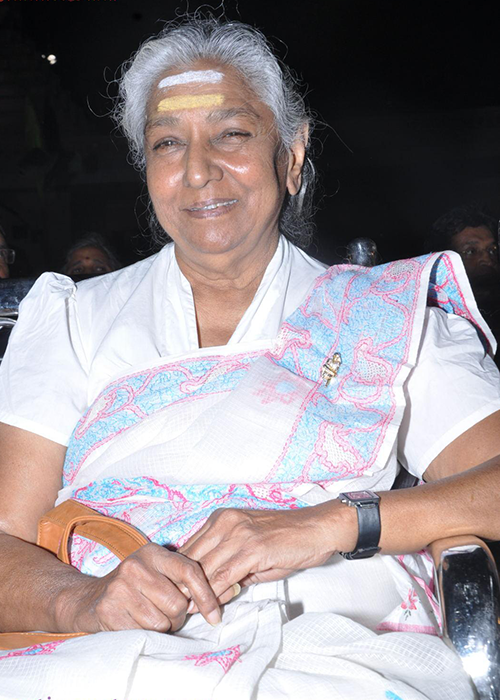 Janaki has sung nearly 30,000 songs, encompassing most of the languages of South India, during a career that has lasted over 50 years. Though she has sung songs in various languages, she herself mentioned recently that the highest number of songs she has sung is in Kannada and Malayalam.She has won four National Film Awards and 31 different State Film Awards. Her association with singer S. P. Balasubrahmanyam and composer Ilaiyaraaja is among the most popular musical combinations in South India.

She is known as, “The Nightingale of the South”.She is a recipient of a Honorary doctorate[5] from the University of Mysore and the Kalaimamani award from Tamil Nadu State Government. In 2013, she refused the offer of a Padma Bhushan award by the Government of India, saying that it had come too late and that South Indian artists were not given their due recognition.