Malayalam script writers have been proving their proficiency over the years with incredible and exceptional writing that comes in different genres. Memories, directed by Jeetu Joseph were indeed one of the greatest films of this decade in Mollywood. While his Drishyam had a fantastic response with Tamil version ‘Papanasam’, his other film is translated by Arivazhagan of Eeram fame as ‘Aarathu Sinam’ starring Arulnithi and Aishwarya Rajesh in lead roles.

A drunken cop (Arulnithi) cannot get away from the flashes of a gruesome death of his wife (Aishwarya Rajesh) and his daughter, right in front of his eyes. Four years later, he is requested by commissioner (Radharavi) to handle a series of critical serial murders committed in the same pattern. Things get worse, when his very own personal life gets interwoven during the hunt of this serial killer.

To be precise, story is the actual showstopper in this movie and the actors are nothing but merely characterisations. Arulnithi rarely has anything to perform. This is a script where, one has to score brownie points through mannerisms and body language. It is a film meant actually from main league heroes like Vikram, Suriya, Vishal or Arya. But nothing to blame on Arulnithi and one more fact is that he looks too young for the role of a police officer. Aishwarya Rajesh has very little portions to perform and she does her best. Gaurav is okay. Radharavi doesn’t need any words to portray his performance. Tulasi is incredible as innocent mother. Robot Shankar isn’t really the apt one for this role nor his hilarious episodes work out well. It’s like adding up an unwanted comedy into a serious film.

When it comes to screenplay, the first half proceeds with some slow moments, but before the intermission, the momentum kick-starts and yes, the second half too is fast proceeding. The climax twist with Arulnithi’s brother brought into the picture is something an unexpected. The flashback sequences of murderer are more ethically shot.

The songs are not in more number and yes, it doesn’t affect the screenplay and background score by Thaman is really blissful.

Overall, Aarathu Sinam holds a strong plot and screenplay, but the star-casting should have been more prodigious to make it more enhanced. But for now, the film deserves a watch. 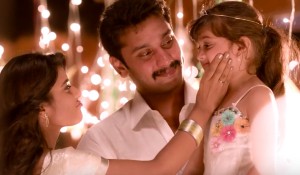 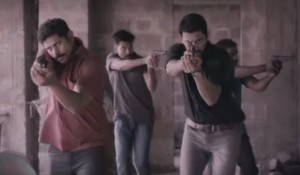