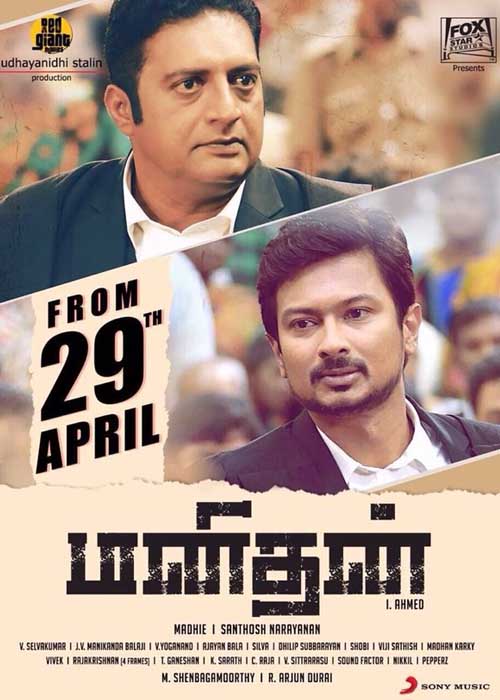 A remake of Subhash Kapoor’s 2013 Hindi film Jolly LLB, Manithan, has found success with a crowd pleasing script. The title was taken from the Superstar’s yesteryear film “Manithan” and has done justice to it in most of the aspects. The storyline too has a neatly written character sketch for Udhayanidhi Stalin who has proven himself as a performer than as a hero in this film.

Udhayanidhi Stalin plays the role of Shakti, a small time lawyer who is a failure in almost every sense. With court rooms becoming a rarity in tamil cinemas, this movie has brought back those scenes to our minds. The movie also reminds us that the bigger criminals than the ones who are convicted are the people who are roaming freely.

The movie opens with drunk Rahul (Suraj) driving a Land Cruiser Prado who loses control and runs over some people. Soon the film becomes the battle between the penniless lawyer from Pollachi versus the richie-rich son of a North Indian business family. Prakash Raj plays the role the rich lawyer who defends Rahul and he plays that role with ease. This is definitely not one that is new to him and the power in his voice and modulation makes the character stronger.

Hansika’s role as Priya is definitely one of the points to be spoken and she stays perfectly in her space. Santosh Narayan’s music has been one that we are hearing repeatedly and it would have been better is he had changed some tunes to it. However the song sections have come out well and appealed the audience. The cinematography was done by R.Madhi and he has perfected it be capturing every scene at the right angle adding to the plus of the film. However there have been some slags at the editing part which gives the viewers a feel of cut scenes unnecessarily.

The climax has loads of sentiment and has won a lot of audience but it would have been much better if it ended on a different note. Even with these flaws “Manithan” is a good entertainer and a perfect comeback for Udhayanidhi Stalin who has proved himself as an actor.

Synopsis: A perfect entertainer with a formidable cast. 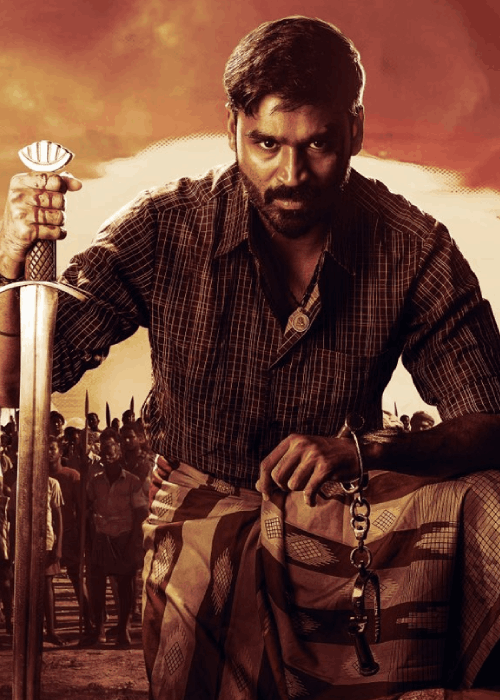