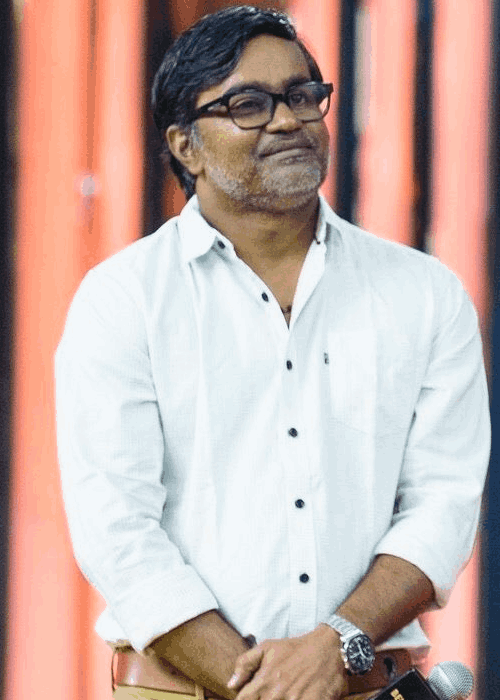 Selvaraghavan is an Indian film director who has directed predominantly Tamil films.

Selvaraghavan born in a Tamil family and the son of film director Kasthuri Raja, elder brother of actor Dhanush and has two sisters, who are both doctors.

Afflicted with Retinoblastoma, a cancer of the retina, an eye had to be removed so the cancer wouldn’t spread and Selvaraghavan makes public appearances wearing glasses. On 15 December 2006, he married actress Sonia Agarwal, with whom he had previously worked with on three films.

After their two-year marriage Sonia Agarwal and Selvaraghavan filed for divorce with mutual consent in a Chennai family court on 9 August 2009. Selvaraghavan married Gitanjali Raman on 19 June 2011, daughter of former Advocate General of Tamil Nadu P. S. Raman. She had worked as his assistant director in Aayirathil Oruvan.

The couple have a daughter named Leelavathi born on 19 January 2012. The couple then also had a son born on 7 October 2013

After writing the script for his father’s directorial venture Thulluvadho Ilamai (2002), Selvaraghavan went on to make a series of romantic drama films with Kadhal Kondein (2003) and 7G Rainbow Colony (2004) before also venturing to make coming-of-age films Pudhupettai (2006) and Mayakkam Enna (2011). He has also ventured into making fantasy films, rarely explored in Indian cinema, depicting a fantasy Chola kingdom in Aayirathil Oruvan (2010) and a parallel universe in Irandam Ulagam (2013).