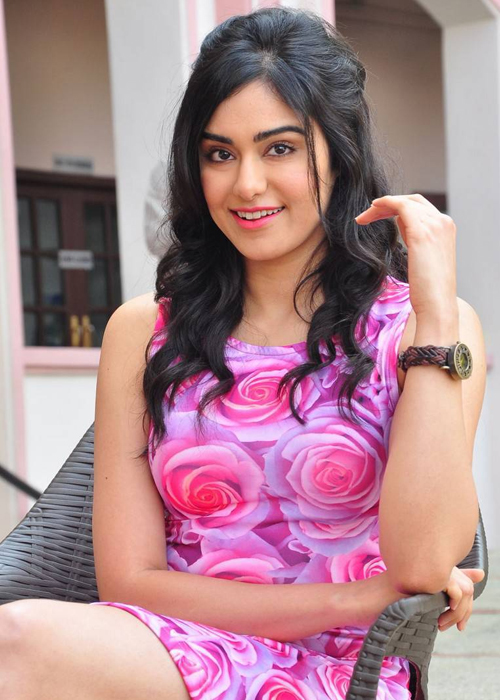 Adah Sharma is an Indian film actress and model. She made her bollywood debut with the film “1920” in the year 2008. Later she was seen in the hit movie Hasee toh Phasee. She has made her Telugu film debut opposite Nithiin Reddy in the movie Heart Attack. She acted in bollywood flicks Jagga Jasoos and Commando 2.

Adah Sharma was born on 11 May 1989 in Palakkad district of Kerala. She has done her schooling from Auxilium Convent in Pali Hill, Mumbai. To be an actress, she wanted to discontinue her 10th class. But her parents insisted that she should atleast complete her schooling. She has finished her plus two and stopped studies. She is a gymnast and has completed graduation in Kathak from Gopi Krishna’s Dance Academy. She has also learned salsa for four months, besides jazz and ballet in US.
Adah Sharma hails from a non-filmy background. She was born into a Tamil Brahmin family to S. L. Sarma, who was a captain in the merchant navy. Her mother is a classical dancer, hails from Nattupura. Her father is the native of Madurai, Tamil Nadu.